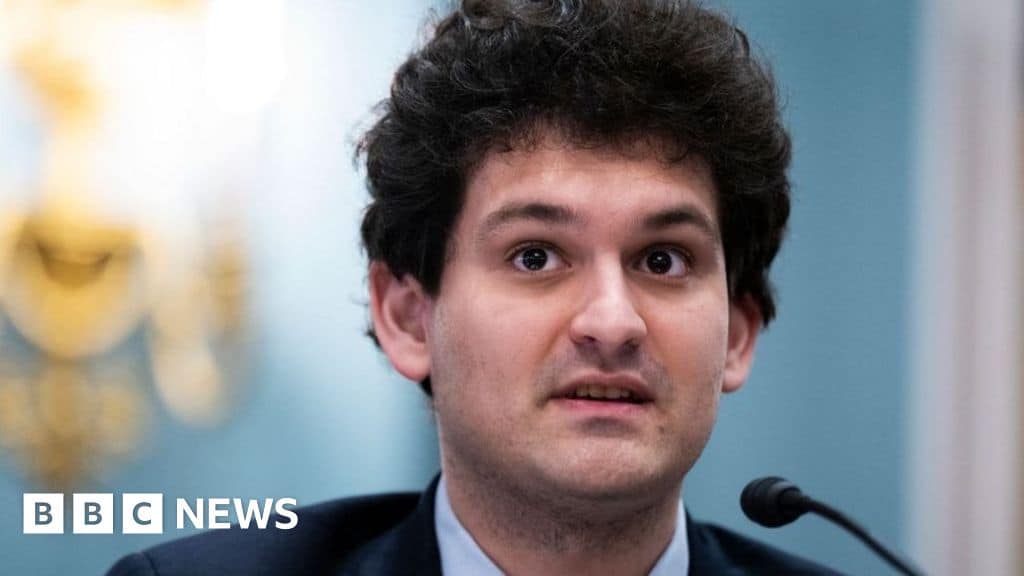 I didn’t mean for any of this to happen, and I would give anything to be able to go back and do things over again. You were my family. I’ve lost that, and our old home is an empty warehouse of monitors. When I turn around, there’s no one left to talk to. I disappointed all of you, and when things broke down I failed to communicate. I froze up in the face of pressure and leaks and the Binance LOI and said nothing. I lost track of the most important things in the commotion of company growth. I care deeply about you all, and you were my family, and I’m sorry.

I was CEO, and so it was my duty to make sure that, ultimately, the right things happened at FTX. I wish that I had been more careful.

I want to give you a better description of what happened–one I should have written out as best I understood it much earlier.

Piecing things together recently, making approximations–I don’t have full data access right now to get precise answers–and marking everything to market, regardless of liquidity, I believe that the events that led to the breakdown this month included:

2) Most of the credit in the industry drying up at once;
a. ~$25b collateral, ~$8b liabilities

3) A concentrated, hyper-correlated crash in November that led to another roughly 50% reduction in the value of collateral over a very short period of time, during which there was very little market bid-side liquidity;
a. ~$17b collateral, ~8b liabilities

4) A run on the bank triggered by the same attacks in November;
a. ~$9b collateral

5) As we frantically put everything together, it became clear that the position was larger than its display on admin/users, because of old fiat deposits before FTX had bank accounts:
a. ~$9b collateral, ~$8b liabilities

I never intended this to happen. I did not realize the full extent of the margin position, nor did I realize the magnitude of the risk posed by a hyper-correlated crash. The loans and secondary sales were generally used to reinvest in the business–including buying out Binance–and not for large amounts of personal consumption.

I deeply regret my oversight failure. In retrospect, I wish that we had done many many things differently. To name a few:

a) being substantially more skeptical of large margin positions
b) examining stress test scenarios involving hyper-correlated crashes and simultaneous runs on the bank
c) being more careful about the fiat processes on FTX
d) having a continuous monitor of total deliverable assets, total customer positions, and other core risk metrics
e) Putting in more controls around margin management.

And none of this changes the fact that this all sucks for you guys, and it’s not your fault, and I’m really sorry about that. I’m going to do what I can to make it up to you guys–and to the customers–even if that takes the rest of my life. But I’m worried that even then I won’t be able to.

I also want to acknowledge those of you who gave me what I now believe to be the right advice about pathways forward for FTX following the crash. You were right, of course: I believe that a month earlier FTX had been a thriving, profitable, innovative business. Which means that FTX still had value, and that value could have gone towards helping to make everyone more whole. We likely could have raised significant funding; potential interest in billions of dollars of funding came in roughly eight minutes after I signed the Chapter 11 docs. Between those funds, the billions of dollars of collateral the company still held, and the interest we’d received from other parties, I think that we probably could have returned large value to customers and saved the business.

There would have had to be changes, of course: way more transparency, and way more controls in place, including oversight of myself. But FTX was something really special, and you all helped make it that. Nothing that happened was your fault. We had to make very hard calls very quickly. I have been in that position before, and should have known that when shitty things happen to us, we all tend to make irrational decisions. An extreme amount of coordinated pressure came, out of desperation, to file for bankruptcy for all of FTX–even entities that were solvent–and despite other jurisdictions’ claims. I understand that pressure and empathize with it; a lot of people had been thrust into challenging circumstances that generally were not their fault. I reluctantly gave in to that pressure, even though I should have known better; I wish I had listened to those of you who saw and still see value in the platform, which was and is my belief as well.

Maybe there still is a chance to save the company. I believe that there are billions of dollars of genuine interest from new investors that could go to making customers whole. But I can’t promise you that anything will happen, because it’s not my choice. In the meantime, I’m excited to see some positive steps being taken, like LedgerX being turned back on.

I’m incredibly thankful for all that you guys have done for FTX over the years, and I’ll never forget that.

Apple Car on track for 2026 release, under $100K price, custom chip, and no full self-driving at launch

Over the last couple of years, we’ve heard different estimates of when Apple Car might finally make it to market which have...

END_OF_DOCUMENT_TOKEN_TO_BE_REPLACED

Disney has brought an early access version of the "Dreamlight Valley" adventure game to the Mac App Store, incorporating many...

END_OF_DOCUMENT_TOKEN_TO_BE_REPLACED

Manage Cookie Consent
To provide the best experiences, we use technologies like cookies to store and/or access device information. Consenting to these technologies will allow us to process data such as browsing behavior or unique IDs on this site. Not consenting or withdrawing consent, may adversely affect certain features and functions.
Manage options Manage services Manage vendors Read more about these purposes
View preferences
{title} {title} {title}